The problem with packaging in Python

Packaging is currently too hard in Python, and while there's effort to improve it, it's still largely focused on the problem of installing. The current approach is to just throw docs and specs at the building part: [2] 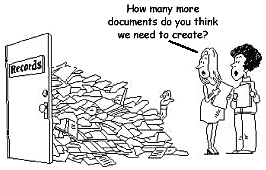 Lets make docs! Must be poorly documented if no one understands it.

Why do we need a damn mountain of docs? Because when building a distribution the user experience is like this: 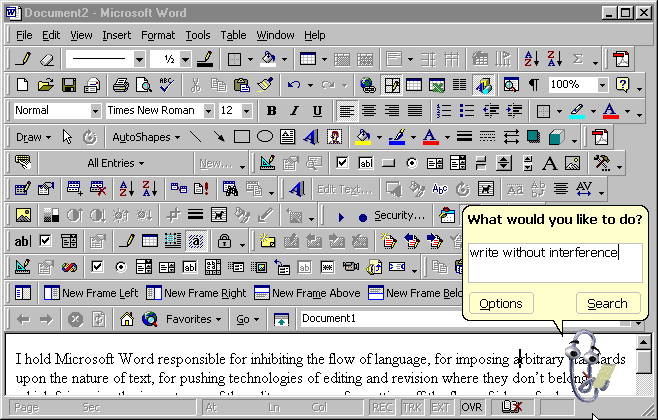 Thanks for asking Mr. Clippy, I'd like to package code without going mad.

There are so many things going on in setup.py:

No one is going to read the list above, let alone understand what everything means!

We don't need a goddamn mountain of docs, we need something that's so simple even a monkey could publish a decent distribution on PyPI. But that means cutting down features ...

There are lots of improvements made in PEP-376, PEP-345, PEP-425, PEP-427 and PEP-426, but they are all improvements that allow tools like pip to work better. They still don't make my life easier, as a packager - the user of setuptools or distutils.

Don't get me wrong, it's good that we got those but I think there should be some focus on making a simpler packaging tool. An alternative to setuptools/distutils that has less features, more constraints but way easier to use. Sure, anyone can try to make something like that, but if it's not officially sanctioned it's going to have very limited success.

It has been tried before *

However, the way code and data files are collected didn't change. As a packager, you still have to deal with the dozen confusing buttons. [3]

d2to1 is not better in this regard. In fact, it's worse because you have to hardcode metadata and there's no automatic discovery for whatever you're trying to package. [4]

PEP-426 will open up possibilities of custom build systems, something else than setuptools, that could hypothetically solve all sorts of niche problems like C extensions with unusual dependencies.

What I dream of *

What if there would be a build system just for pure-Python distributions (and maybe some C extension with no dependencies)? Something that has some strong conventions: code in this place, docs in that place - no exceptions. Something like cargo has. Maybe with a nice project scaffold generator.

Of course, anyone can say: PEP-426 lets you build whatever you want, just do it! However, to make something really simple to use some conventions need to be broken, and if you want to convert your project some effort would be needed. You see, if it's not officially sanctioned it's not going to pick up. Death by lack of interest.

And if it doesn't pick up, then the vast majority of packagers are going to stick with the complicated setup.py we have now.

In a way, packaging in Python is a victim of bad habits - complex conventions, and feature bloat. It's hard to simplify things, because all the historical baggage people want to carry around. But it there's some official sanctioning then it's easier to accept the hard changes.

Concretely what I want is along these lines:

In other words, one way to do it. Not one clear way, cause we document the hell out of it, but one, and only one, way to do it. What do you think, could it work? Would it improve anything?

This entry was tagged as packaging python